Within the framework of the activities of the Public Institute, one of the main tasks is outreach work on the topic of ЦУР-2030 in general and how these Goals are implemented in Kazakhstan. The ultimate goal is to involve all and everyone in the implementation of these Goals at the local level. The Russian School of Sustainable Development even coined a new word for “glocality.” The UN at the beginning of this millennium appealed to all people of the world to make global goals their own.

The content of SDG 16, “Promoting a peaceful and open society for sustainable development, ensuring access to justice for all and building effective, accountable and participatory institutions at all levels,” is one of the most challenging. And here there is no way to do without civil participation!

That is why within the framework of the grant of the NAO “Center for Support of Civic Initiatives” on the topic “Involvement of civil society institutions in the implementation of the UN Sustainable Development Goals in Kazakhstan, which is implemented by Expo & Women, the main bet is made on SDG16.

Within the framework of achieving the Global Sustainable Development Goals 2030, it is very important for each of us to know how and what is being done at the local level – in our country, in the region, district, village and even in every family. It is no secret that the topic of the growth of domestic violence has recently become simply burning. especially during the pandemic period. And this is recognized by everyone, starting with the UN.

On the website of the Commissioner for Human Rights, a small article has been published that a draft new Law “On Combating Domestic Violence” is being discussed in Parliament. We share this information with you, dear readers! For us, this topic is especially relevant because two people from our official project team take an active part in this – expert Saltanat Parkhatovna Tursynbekova and project coach Khalida Azhigulova.

As you know, each of the Sustainable Development Goals has several objectives. So 16.1 Significantly reduce the prevalence of all forms of violence and reduce the mortality rates from this phenomenon worldwide.

In addition, in 2019, the UN Committee on the Elimination of Discrimination against Women recommended that Kazakhstan strengthen legislation to ensure a proper response to the treatment of victims of domestic violence. And now the draft Law “On Combating Domestic Violence” is being discussed in Parliament. And we know that the discussion is very stormy! We hope that the new Law will not only be adopted, but will also work in defense of all, especially women and children, and will create civilized security measures in our society. 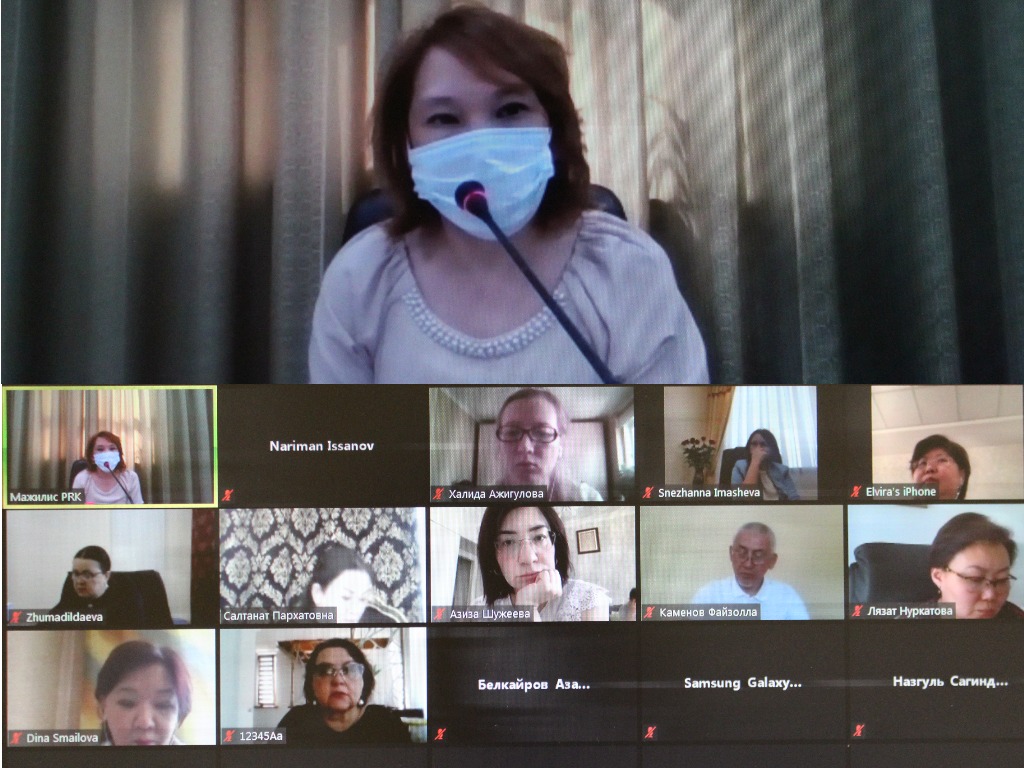 Currently, the Majilis is discussing a draft law on countering domestic violence initiated by a group of deputies. Members of the National Commission on Women and Family and Demographic Policy under the President of the Republic of Kazakhstan and representatives of non-governmental organizations participated in the drafting of the bill.

The Prevention of Domestic Violence Act has been in force in Kazakhstan since 2009. However, the brutal cases of violence in the family, resulting in the death and serious bodily harm of the injured women, which have been resonated in the media and social networks, show the need to strengthen the interaction of the internal affairs bodies with local and central state bodies engaged in activities in the field of family policy, social protection, education.

According to the Ministry of Internal Affairs of the Republic of Kazakhstan, since the introduction of quarantine, only from March 16, 2020, more than 15 thousand complaints have been registered on the facts of offenses in the field of family and household relations. In the context of a state of emergency, some 7,000 protective orders were issued by internal affairs officers to ensure the safety of women and children affected by domestic violence.

The main purpose of the draft law is to strengthen the response to the identified facts of domestic violence, as well as to develop effective measures to prevent such violence, to provide support to families in which a difficult life situation has caused family conflicts.

In November 2019, the UN Committee on the Elimination of Discrimination against Women recommended that Kazakhstan strengthen legislation to ensure a proper response to the treatment of victims of domestic violence.

According to the drafters of the bill, the new law should be aimed at effectively protecting human rights, especially children, the elderly, the disabled, promoting mutual respect of spouses, their mutual responsibility in raising children, taking care of family values, and promoting non-violent ways to resolve differences. The discussion is attended by representatives of civil society, the Commissioner for Human Rights, representatives of the Supreme Court, the Prosecutor General’s Office, interested ministries and local executive bodies, scientists, lawyers, notaries, and social workers.